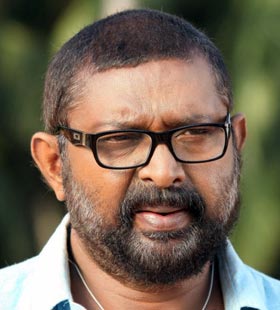 DO YOU KNOW?
Lal is an actor, script writer, producer and film distributor known for a multitude of works he has done in the film industry.

Lal’s debut as an actor was in the movie Kaliyattam in the year 1997 which was a movie adapted from the renowned ‘Othello’. The multifaceted actor who started his career as a mimicry artist in Kalabhavan is best known for his works done teaming up with Siddique who also has been in Kalabhavan with Lal. The duo created some of the best blockbusters in Malayalam like Ramji Rao Speaking(1989), In Harihar Nagar (1990), Godfather (1991), Vietnam Colony (1992), and Kabuliwala. Fazil’s acclaimed movie, Manichitrathazhu had Lal and Siddique as associate directors.

The duo after creative some evergreen hits split afterwards. As an independent director, Lal created movies like 2 Harihar Nagar, In Ghost House Inn, (both of which are sequels to In Harihar Nagar),Tournament and Cobra.

Lal is married to Nancy. The couple has a son Jean Paul Lal, who is an upcoming movie director and a daughter Monica.