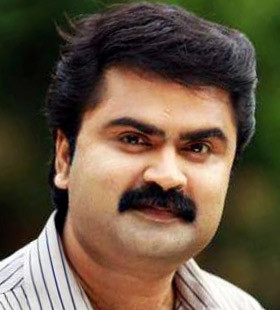 DO YOU KNOW?
Anoop was born to P. Gangadharan Nair and Indira in Kozhikode. He grew up in Trivandrum. He is a law graduate from Government Law College, Thiruvananthapuram (1994 to 1999). He was the first rank holder from Kerala university during his academic years. During this period, he used to do compering for Kairali TV and Surya TV.

He began his acting career in Malayalam television serials. He became popular for his roles in two popular series on Asianet called Swapnam and Megham, the former one directed by K. K. Rajeev. Anoop made his debut as a screenwriter in Pakal Nakshatrangal with Mohanlal playing father and Anoop playing his son.

He also played main character in Thirakkatha by Ranjith, portraying different stages in the life of film star Ajay Chandran, loosely based on the personal life of Kamal Hassan. His co-stars were Priyamani and Prithviraj.

Beautiful is a 2011 Malayalam thriller film written by Anoop Menon and directed by V. K. Prakash. The film stars Jayasurya, Anoop Menon and Meghana Raj in the lead roles. It tells the story about the intense bonding of two friends, one paraplegic and other a musician. The film released on 2 December 2011 and became a huge success. Beautiful was Anoop Menon’s debut work as a lyricist. Menon says his debut as a lyricist was quite accidental. “On the second day of the shooting of Beautiful, music director Rateesh Vega, actor Jayasurya, and I were chilling out in Rateesh’s car, when he asked me to pen some lines to try out a tune he’d composed for the film. The result is Mazhaneer Thullikal…,” says the actor.